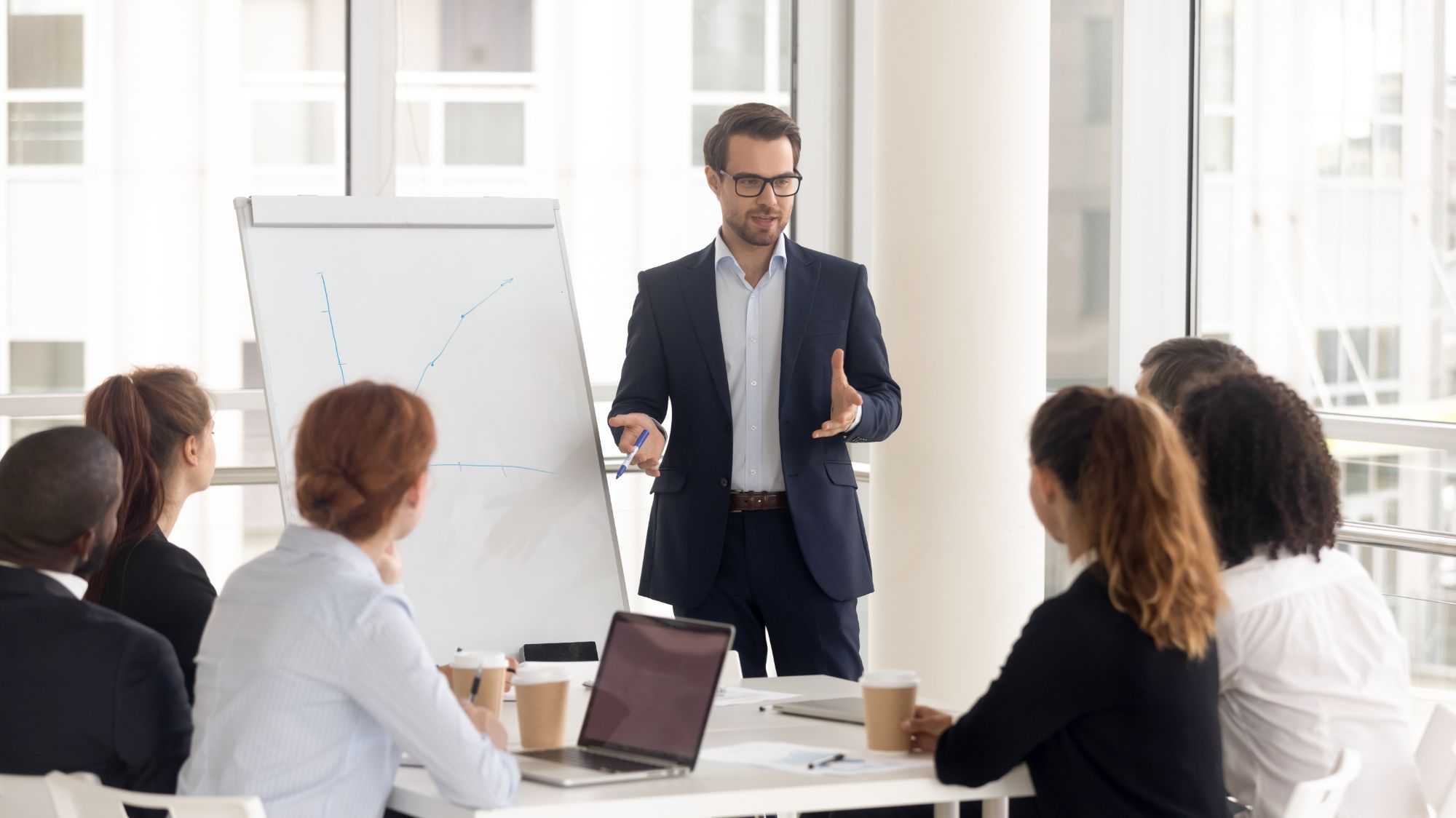 Making Meetings Meaningful is possible, desirable, and should be the goal of every leader. But really, meaningful meetings? Now, that's an oxymoron. I estimate at least half of the hundreds of meetings I (Michel Bell) attended at work, church, and elsewhere, were unnecessary. We could have achieved better results without a meeting while not affecting relationships. Admittedly, I could have used the time in those meetings for other more productive and meaningful purposes. And I know this sentiment applies to others attending those meetings, too.

Wasteful meetings are expensive, bad for morale and productivity, and contribute to poor corporate culture. Some research shows up to 90% of meetings waste time. Wolf Management Consultants claim that 73 percent of professionals admit to doing unrelated work in meetings while 39 percent dozed off in meetings. And Get a Klu, a corporate coaching and training consulting firm states that professionals lose 31 hours per month to unproductive meetings. As well, Klu suggests that of the eleven million meetings held in the U.S.A. daily, half are wasteful meetings. Curtailing wasteful meetings boost personal effectiveness (time management).

We must address this epidemic of meaningless meetings. Below, we present a few ingredients for meaningful meetings. Although they are not exhaustive, when followed, the chances of positive outcomes will improve significantly. We need many face-to-face meetings, mainly because of the need for human interaction. Nevertheless, we should question whether we need all proposed meetings we plan to hold. As well, where feasible, we should question the need for meetings others arrange and invite us to attend, always suggesting appropriate alternatives.

Making meetings meaningful needs a few basics to help attendees be effective at the meeting and following, and to aid the productivity of the group: 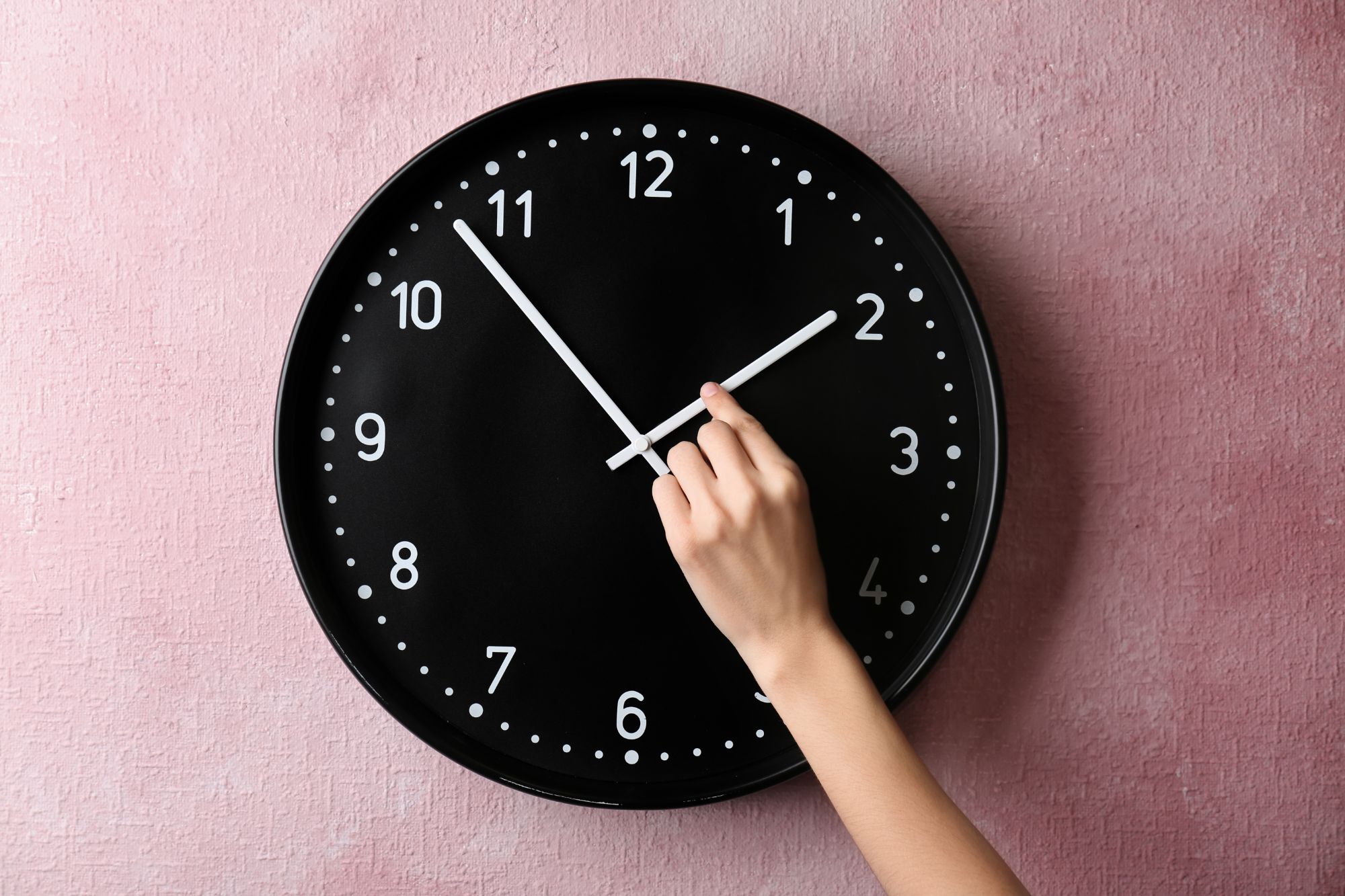 Sometimes the convener runs the meeting, but often he or she allows someone else to lead. Still, conveners are responsible for making meetings meaningful to produce specific results, graciously and compassionately. Conveners or their delegates arrange the meetings—including developing the purpose, agenda, and expected outcomes, with relevant persons. They ensure appropriate action plans and highlights are recorded, but they do not necessarily perform these activities themselves— they merely ensure they are done.

Here is a significant meeting upgrade: The convener needs someone to assist her to look at the process during the meeting. Without concern for the process, a few people will dominate, and discussions go off topic. It is crucial folks understand that the process determines the outcome.

Not all meetings have the same purpose. However, each meaningful meeting must have a purpose. There are at least three meeting categories: information sharing, accountability and or reporting, and problem-solving. Why would anyone call a meeting without an explicit purpose? Often, a meeting is the ideal way for some folks to procrastinate—defer a tough decision. Then again, the convener, and maybe a couple other folks, know the purpose, but do not articulate it to others in advance because that's the way things happen in that firm—poor communications is the norm.

Sometimes people call meetings out of habit. They hold weekly and other meetings because that's been happening for years. And nobody asks, why. I recall being invited to be an elder at a church. The pastor said they had weekly elders meeting, and I asked why. He was shocked that I wouldn't know. Still, I said, why do we need to meet weekly? The answer: That's what we have always done. I declined the invitation.

Meetings in the West & Asia

During seven years working in Asia, I noticed two major differences between business meetings there and in the West. First, most of those meetings were meaningful, but lengthy, unlike here where meetings are meaningless and lengthy

Second, often in Asia, they defined precisely in advance, the specific purpose of problem-solving meetings, and invited persons who were usually well prepared. Here in the West, several people are unprepared but willing to offer opinions unrelated to agenda items.

Third, the group was attentive when each person spoke, no doubt, because of respect for elders and hierarchy. Consequently, participants listened to each other and generally built on each other's contributions. In the West, when one person speaks, others don't listen but plan his and her statement, which might be unrelated to what was just said.

In the West, sometimes you don't know the aim of the meeting until after it starts. Many times the invitation is not explicit on its nature: problem-solving, information sharing, or accountability reporting. Further, in meetings, we seem to compete for airtime; not keen to listen to another's point with an open mind, but always prepared to interrupt another in mid-sentence to add our views, even if it does not necessarily build on the speaker's point.

In the Japanese system, we spent much time defining and agreeing the identified purpose at the start of the meeting, before concentrating on solving the problem. Usually, each person did not compete for airtime. I found this system weak in information sharing and accountability meetings. Indeed, I was on the board of a couple Japanese companies, and was continually amazed at the paucity of data presented to shareholders and the brevity of shareholders meetings.

The ideal vehicle to define the meeting's purpose is a carefully crafted agenda, with a starting and ending time. It should be comprehensive and indicate clearly items for discussion: ideally, with a starting and ending time for each. Besides, it should show a person or persons responsible for each item and the expected meeting outcome. Often we spend time on the first few items, especially if they are non-controversial, and rush the remaining, irrespective of their importance.

Meaningful meetings have attendees with purpose. Attendees for information sharing and accountability meetings are obvious: those who need to receive and those who present and explain information. Generally, these meetings have many participants. For problem-solving meetings however, the size will vary depending on the nature of the problem. The convener must ensure each person explains his view without interruption and challenge: the emphasis must be on clarifying views before others discuss and contest them. Here are some procedural matters to help us stay focused during a problem-solving meeting.

Although many of the above items apply to all meetings, they are particularly essential during a problem solving meeting. 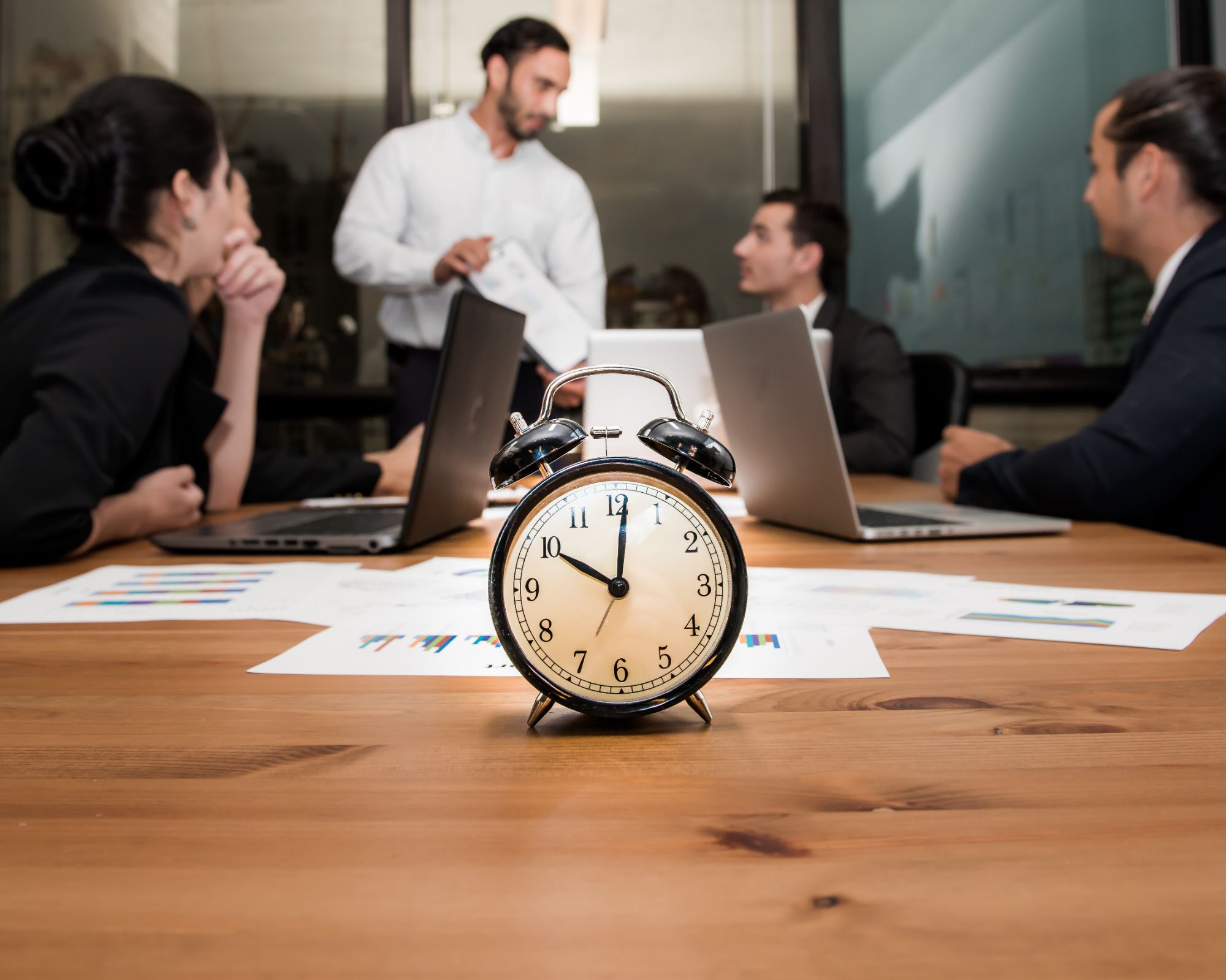 When the convener or other person announce the meeting, the invitation should show clearly the start and end times, and time and responsibility for each agenda item. The meeting should not last longer than 45 minutes to an hour—and should stick to the allotted times.

Do not allow late attendees. Advise all invitees that the meeting will start at the appointed time, so each person needs to be there a few minutes before to ensure an on-time start—and stick to the allotted times. The most offensive thing I see happening in meetings and events is when the convener says she will wait on more people to arrive. That's an affront to those who arrived on time and merely encourages a sloppy, lateness culture.

Over the years presenting Managing God's Money Seminars in Canada and internationally, to date, we have not started or finished late: When an organization invites Michel Bell to present a seminar, he asks them to covenant with God to do at least two things: (1) start on time, and (2) work unto the Lord to plan and implement the seminar. Michel covenants to end on time and to work unto the Lord - Colossians 3:23.

Even if one person is present, we start on time because we wish to honor that person who made it on time.

Of the etiquette guidelines, one person trying to monopolize discussions is the most difficult but crucial to prevent. Often the convener or chair does not focus on the process, and so people get off topic. A few persons monopolize discussions, and the meeting ends without achieving its purpose. It's crucial the convener assigns someone to help with ensuring adequate air-time for those with required knowledge.

When the focus is exclusively on the outcome, introverts and those people not willing to vie for air time won't speak. Meanwhile, others will wish to speak but with little substance. A process consultant devoted to observing the process—body language, non verbals, excessive speaking, and so on— during the duration of the meeting is critical for an acceptable outcome. That role, performed well, will be alert to the flow of discussions and will ensure folks who would be reluctant to say anything in the meeting, would offer his and her comments on fundamental issues. My experience is these people usually have the greatest positive impact on the meeting's outcome.

When is a Meeting Needed

Today, we have many different ways to meet electronically. We must be careful we do not meet because it is convenient, and we don't have to leave our offices. Essentially, as I mentioned before, there are three broad categories of meetings, beyond needed face-to-face, one -on-one meetings: information sharing, accountability or responsibility reporting, and problem-solving. Still, before meeting, folks should ask the following questions: 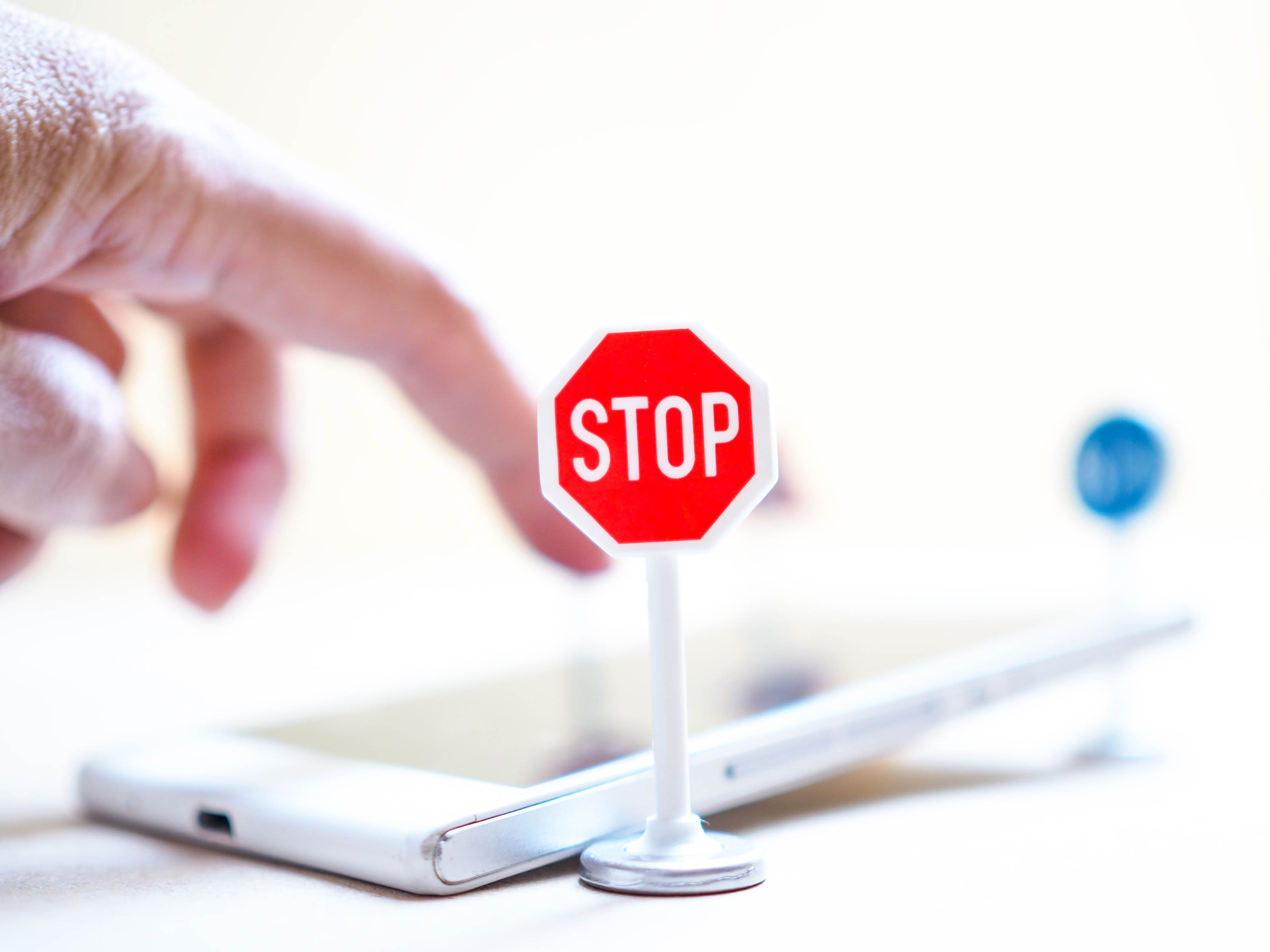 Zero Electronic Devices Except For Note-Taking

To increase the probability of a meaningful meeting, we should not allow electronic devices in the room except for note taking. People who are "expecting calls" should not attend. The rule should be simple: If you are invited to the meeting, we need your complete attention. If you expect someone to contact you during the meeting, we will excuse you and meet with those willing and able to be present.