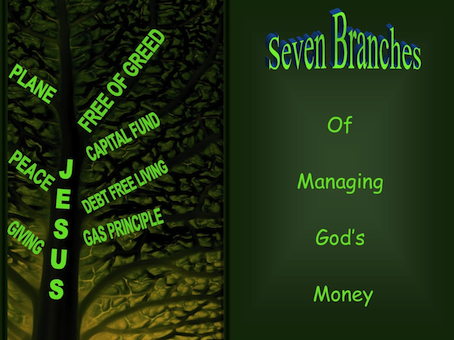 Before 2012, Michel A Bell published quarterly managing God's money letters covering several topics he believed were helpful for the Christian to carry out his and her biblical stewardship role. As well, he wrote the Michel A Bell's Stewardship blog, on average, twice monthly. His letters and blog covered Christian financial advice and a range of household finances, macro economic, small business, and time management matters.

Starting in 2013, Michel disconituned producing the managing God's money letters, and instead wrote a monthly blog dealing with matters pertaining to business, the economy, and household finances. We pray you will find these helpful. Meanwhile, here is an important letter dealing with student loans written in August 2013.

In Canada and the United States, governments provide tax-efficient means for parents to save for students’ post secondary education (later called college education). Fifty percent of Canadian parents save for their children’s college education. In the USA, sixty percent of students borrow to attend college. According to a recent study of young adults between 22 and 32, more than half financed their education with student loans. Fifty-four percent say debt is their biggest financial concern with 42% calling it overwhelming.

Many parents expect children to use student loans to fund college education. Several of these parents argue that children work harder and do better when they pay their own education costs. [...]

In December 2001, encouraged by a few church brothers, and after prayer, I wrote my first Christian financial advice quarterly letter. Ten years and 40 letters later, I am writing the last...at least, for now. Much changed in this time. About eighteen months ago, I wrote my first article for Technorati.com. Later, I submitted articles to EzineArticles.com. To date, my content on the first site deals with macro economic and pseudo-political matters, and on the second, personal household finances. I will continue writing for these sites, until the Lord shows me otherwise. [...]

Have you noticed that happiness is in vogue? An industry has developed about happiness. People pay to join groups to laugh...yes, to laugh. Then again, many people strive to get money because they believe it is the key to happiness. They run ahead of God to borrow or gamble to try to get what they want. [...]

Budgeting is a vital discipline to help handle lifestyle choices with minimum stress: needs, wants, and greed nature. Do nott spend without reference to a budget.
Expenses rise to meet current and expected income, unless Jesus is in charge of your life. Ask Him to take control.
Work is a gift from God [...]

Investing in gold epitomizes speculation. Gold has no intrinsic value. Essentially, its market price rises on fear--primarily anxiety over inflation and currency devaluation--and falls as the herd rushes to sell, and by greed. [...]