Wisdom is lacking today. The Ninth Edition of the Concise Oxford Dictionary defines wisdom as “experience and knowledge together with the power of applying them critically or practically.” Yet people neglect facts, experiences, and common sense in public debates. Many vital issues need wisdom to develop realistic solutions. Chaos in Donald Trump’s White House is […]

How do you get on top of your finances when you are deep in debt? As you proceed, it seems you are digging one hole to fill another, doesn’t it? I believe by God’s grace; these seven steps might help you navigate this challenging path.

Are you aiming to lead a balanced life? Balancing work and family? Maybe, work, family, church, other activities? I strive to live an unbalanced life—that’s right, unbalanced. I know this is counter cultural because, like you, from all sources I hear the balanced life mantra. I think this balancing act was a key reason for the disturbing findings in a December 1983 Princeton Religion Research Center survey conducted for The Wall Street Journal by the Gallup Organization.

Fear and panic consumed Wall Street early this morning giving rise to programmed selling—sales generated automatically when certain pre-set stock prices were reached. Bargain hunters intervened and stopped the onslaught from continuing, and the market recovered some of the losses. The Dow Jones Industrial Average (DJIA), plunged more than a 1000 points in the first six minutes of trading today. It recovered to close down 588.47 points, or 3.6%, at 15,871.28—the lowest level since February 2014. The carnage was similar world wide: the Canadian S&P/TSX 60 was down 3.1%, Nikkei, Japan was off 4.4%, and Shanghai, China dropped 9.3%.

What should you do with your pension and savings that’s fallen 20%, 30%, or more in the past week?

What does it mean to seek first His kingdom? Apostle Paul and other disciples are perfect examples. More recent individuals include Corrie Tenn Boom and George Müller. Sadly, we do not grasp the essence of the life of a follower of Jesus because we focus on us and our entitlements. Besides, TV evangelists present God as a celestial slot machine from whom we demand comforts. When we don’t get them, these charlatans blame a lack faith. Meanwhile, their followers support their wealthy lifestyles.

There was a time when Christian bookstores were prominent in the community and seen as a relevant resource for churches and Christians. However, like so many other businesses, times and consumer demands changed and most Christian bookstores did not adapt. In fact, many failed. They struggled with returns on investment, and they often did not implement effective marketing strategies.

Is the oil price drop a blessing or a curse to the Canadian economy?  It is a reversal of the 1970s. The oil shock of the 1970’s caused panic worldwide. Businesses scampered to become more energy efficient. Under the guise of discouraging consumption, governments seized the chance to raise taxes on energy related income and energy […]

Old Covenant book of the Bible, Ecclesiastes 3:1-8, tells us there is a time for everything under the sun; book-ended with a time to be born and a time to die. This same book of the Bible, chapter one verse nine, reminds us there is nothing new under the sun. Recall these two passages before and while you invest in the stock market to understand three key investing fundamentals. 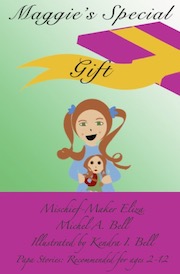 RRSP Versus TFSA Which is Better For You 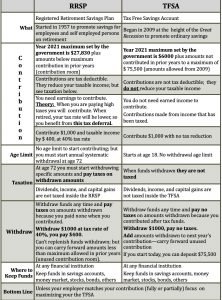 Apart from being cold in Canada, February is RRSP season. Personal financial advisors and financial institutions blitz clients to make annual contributions to get a tax deduction from the previous year’s income. They tout RRSPs as the best tax deduction available, sometimes to students who pay little or no taxes, to boot!