To millennials and other youths, capitalism evokes exploitation, greed, oppression, privilege, and many negatives, which taint every firm. Several business leaders’ behaviors affirm those notions. But more notable is the youths’ awareness of the origin of capitalism, which rose out of feudalism. Landed gentry, knowing more profits existed in manufacturing and commerce, shifted resources from the land. But workers remained tools for owners’ gain.

Adam Smith came along early in capitalism’s evolution and posited division of labor, causing managers to view people as cogs, no different from materials in the production process. Others such as Frederick Winslow Taylor and Max Weber introduced management doctrines to lift productivity without valuing workers’ wellbeing as vital to the firm’s success.

Meanwhile, society developed and business became rooted in the economic advancement and wealth generation of many countries. Today, the negative stigma associated with capitalism sticks to business because so many leaders look out for themselves and not the best interests of their firms.

To be sure, greed, selfishness, and narcissism prevail in business. CEOs exhibit these traits as they focus on next quarter’s results to hike share prices and their bonuses. These attitudes set the tone for firms to exalt the bottom line. But fury in North America over income inequality, systemic racism, misogyny, propelled a notable minority of firms to introduce fairness in their operating practices such as hiring, training, compensation, and career planning. Meanwhile, the pandemic showcased several firms putting people’s welfare ahead of profits. Newsweek’s July 10-17 issue presented 50 such firms and their contributions, including Apple, Coca Cola, Netflix, Starbucks, Uber.

Reverting to the our survey: We developed nine questions and commissioned a survey of 200 people in the USA with 145 responses:

1. What is capitalism (Respondents had to choose one answer):

32% – A system that allows the economy to perform optimally

28% – A system designed to exploit workers

2. Capitalism practiced in North America today (Choose each that applies):

3. Benefits of Capitalism to Society (Choose each that applies):

48% – Provides major choices of goods and services at reasonable prices

38% – Improves productivity and efficiency in the economy

4. Main Problems with Capitalist System (Choose each that applies):

5. How would you reform capitalism (Respondents had to choose one)

6. What’s the purpose of business (Choose each that applies):

33% – To make as much profit as possible

24% – To create jobs and provide meaningful employment for people

7. How would you reform or improve businesses (Choose each that applies):

24% – At least one non-executive, non-union worker should be on the board of directors

8. What’s an acceptable profit for a business (Choose each that applies):

54% – One that generates enough funds to reinvest in the business

33% – Enough funds to cover the firm’s cost of capital

9. Should workers be required to join unions where one exists in a company for that worker’s group?

Each business, public, private, small, large, or government-owned provides goods and services for a clientele. And people run them irrespective of their ownership structure. Maybe that’s why the survey results show capitalism isn’t the issue. It’s the way people operate businesses that needs to change.

Providing equal opportunity is a simple, humane decision that’s independent of the system. So is providing basic needs for employees. We do not need to reform the system. Instead, we need to observe the Golden Rule of doing unto others as we want them do to us. Research shows when we treat people fairly, they perform at their best and the “pie grows.”

Talk is cheap! They have done nothing to implement their ideas. They need to identify concrete actions and specify accountability for inaction.

Nice words, but not enough action. While the co-founder was CEO of Whole Foods the company paid $500,000 in New York State and $800,000 in California for mislabelling products. Although the practice went on for years the company held no one responsible. They weren’t walking the talk.

Government ownership and control isn’t the answer because of endemic government corruption and ineffectiveness. Enough data exist to show leaders in most governments are corrupt and wasteful. Societies must provide equal opportunities, eliminate discrimination, and allow access to cheaper health care (in the USA).  Ideas below, if implemented, will provide equal opportunities and the base for a more just society.

Whether shareholder capitalism or stakeholder capitalism we must realize people run businesses, charities, churches, and its the people we must hold accountable. Organizational structures must address these vital matters.

Having put the right people in place, these changes should produce the environment for a business to create equal opportunity for all, respect stakeholders (stakeholder capitalism), and treat them with dignity they deserve:

If businesses won’t lead to discourage short-term focus, government should discourage day trading by taxing profits from those activities at a significant rate. Further, tax 100% of capital gains from stocks held less than one year as ordinary income; the stock market isn’t the racetrack or a casino.

Systemic racism and sexism are real, but society denied it for too long. Discrimination is inhumane and sub-optimizes value creation, resulting in poor stewardship. Because racism and sexism are systemic, often we do not notice them. So, we must be vigilant hiring, and career planning and execution. For instance, studies show online algorithms use people’s names to discriminate when hiring. And people use accents on the phone to discriminate. Now that we started a conversation about capitalism and business, we must continue to listen and learn before we act.

Budgeting Like Dieting Doesn’t Work, Here is an Alternative 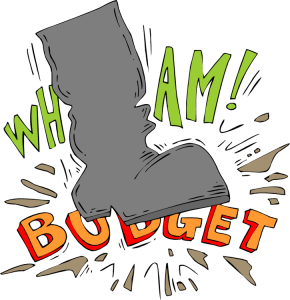 Budgeting, like dieting, doesn’t work because folks don’t embed it in their lifestyles. It’s a chore a finance person recommends. Can we achieve budgeting’s goals a better way?